Aston Villa manager Steven Gerrard and Liverpool boss JurgenKlopp were spotted at a pub this week as they shared a pint just before the UEFA Champions League final takes centre stage. 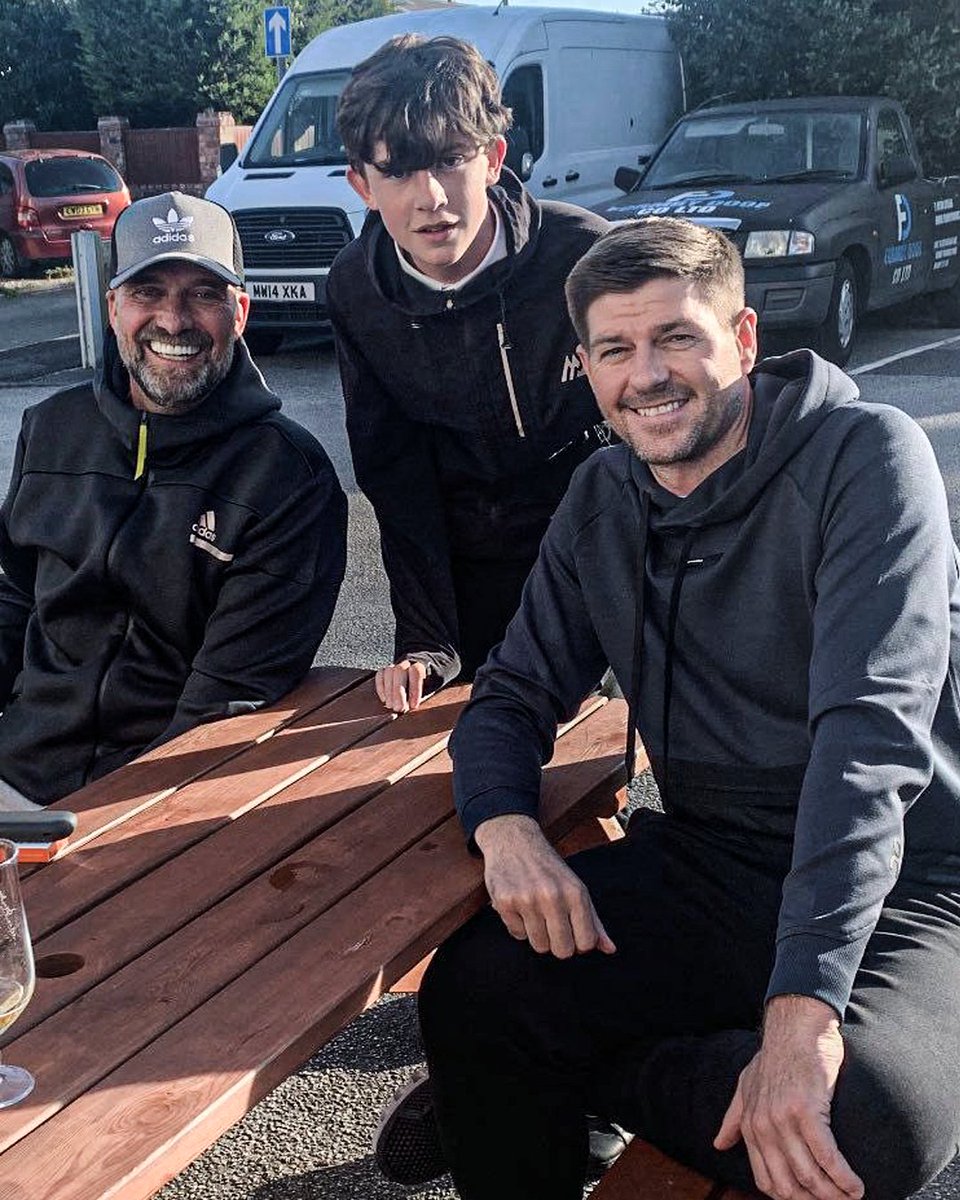 Liverpool legend Steven Gerrard and the aforementioned Klopp were spotted by some young Liverpool fans at a pub believed to be Freshfield Pub in Formby. The dramatic final day of the Premier League season would have been on the agenda for both Steven Gerrard and JurgenKlopp when they met for a drink at the pub. Villa boss Gerrard also delivered the Premier League title to his beloved Liverpool after coming close to beat Manchester City at the Etihad Stadium.

Gerrard and his Villa players raced into an unlikely two-goal lead with a goal in each half. Aston Villa were leading 2-0 into the final fourteen minutes before they were blown away by the attacking prowess of Manchester City and German substitute IlkayGundogan in particular. The Premier League champions scored three times in five minutes to turn the game on its head and land the title ahead of Liverpool in the process. Gundogan scored the first and the last City goal during the game while Spanish star Rodri Hernandez was the recipient of the second goal.

The comeback win for Manchester City at the expense of Steven Gerrard and his Villa stars ensured that the quadruple dream died for Liverpool despite their late 3-1 win at home to Wolves on the final day. Liverpool would have won the Premier League title for the second time in their history if Manchester City didn’t recover to see off Villa in the last quarter of the game.

Since the Premier League title was lost, Klopp and Liverpool have turned their focus to the Champions League final clash with Real Madrid in Paris.